We joined the TeamKlitschko training camp or it’s safe to say that they have joined us.  Johnathon Banks, Aldo Vetere, David Williams – whole team in the flesh.

Museum was a surprise for them, not that they had no idea about us, but they were imagining it a bit less “epic”.

Aldo, the most open one from the team, was taking pictures with basicly every little thing; David, as a director should, was carefully looking thru each of the items; Banks, the most interesting person in a team – trainer, was sharing some of the in-side of the TrainingCamp information.

Johnathon told us about training process, where accents are made this time, considering the last defeat, some of the schedule details inside their training camp in Kiev  and the most wonderful  stories – about how he met Wladimir and about their days with Emanuel Steward.

Before they made a final photo outside of the museum, they have presented us with a very special present – a new item for our exhibit, picture of the Team with signatures inside the ring, right after Wladimir vs Povetkin bout! Upon that, they moved towards their next destination – last stage of training, a good-old Training Camp in Austria. 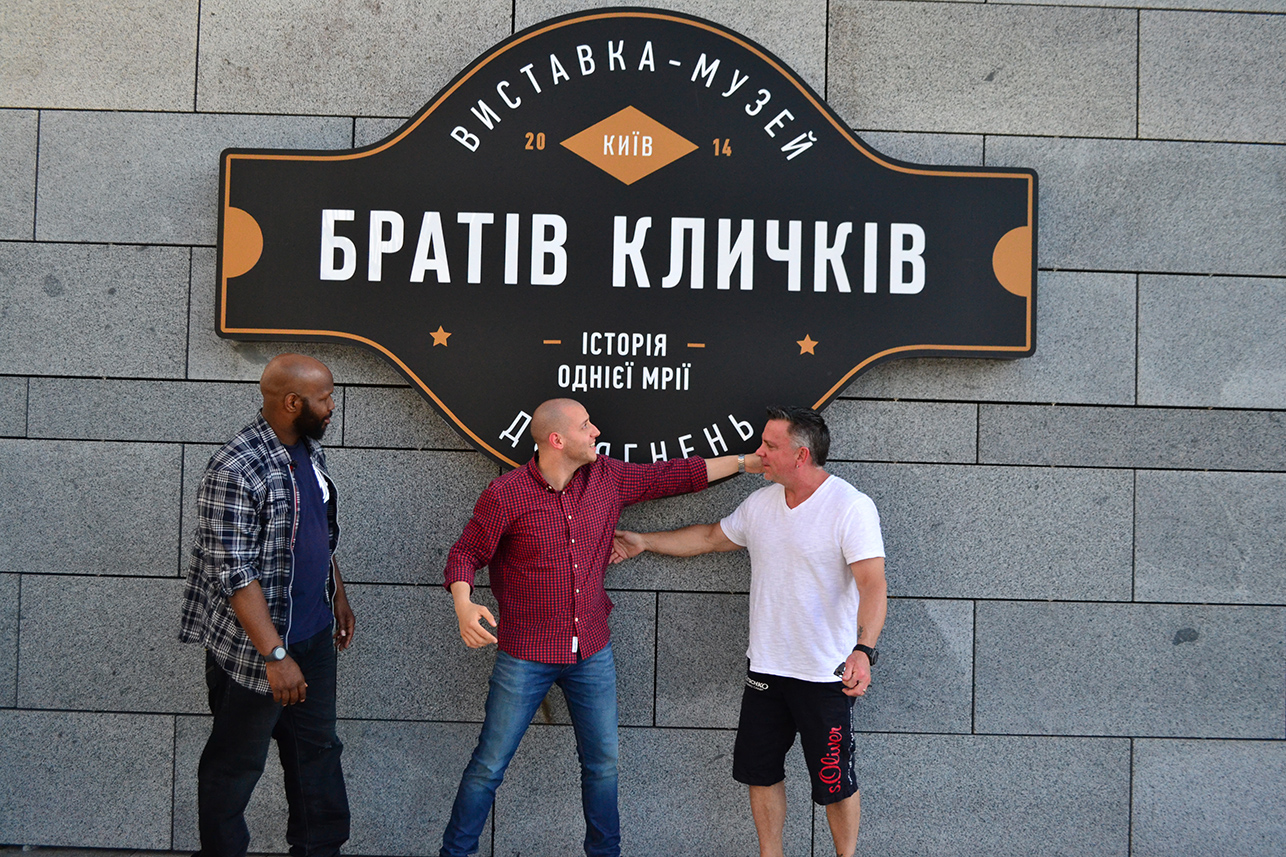 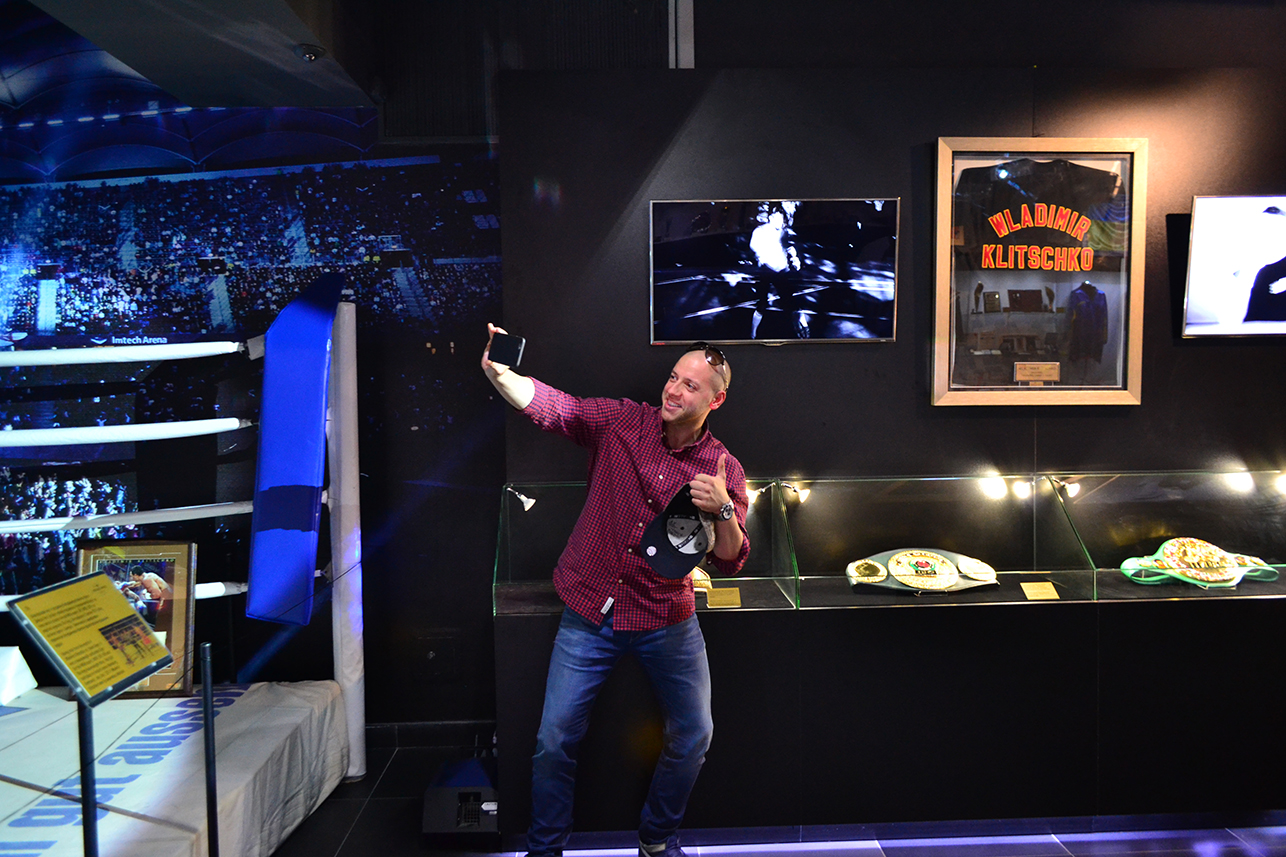 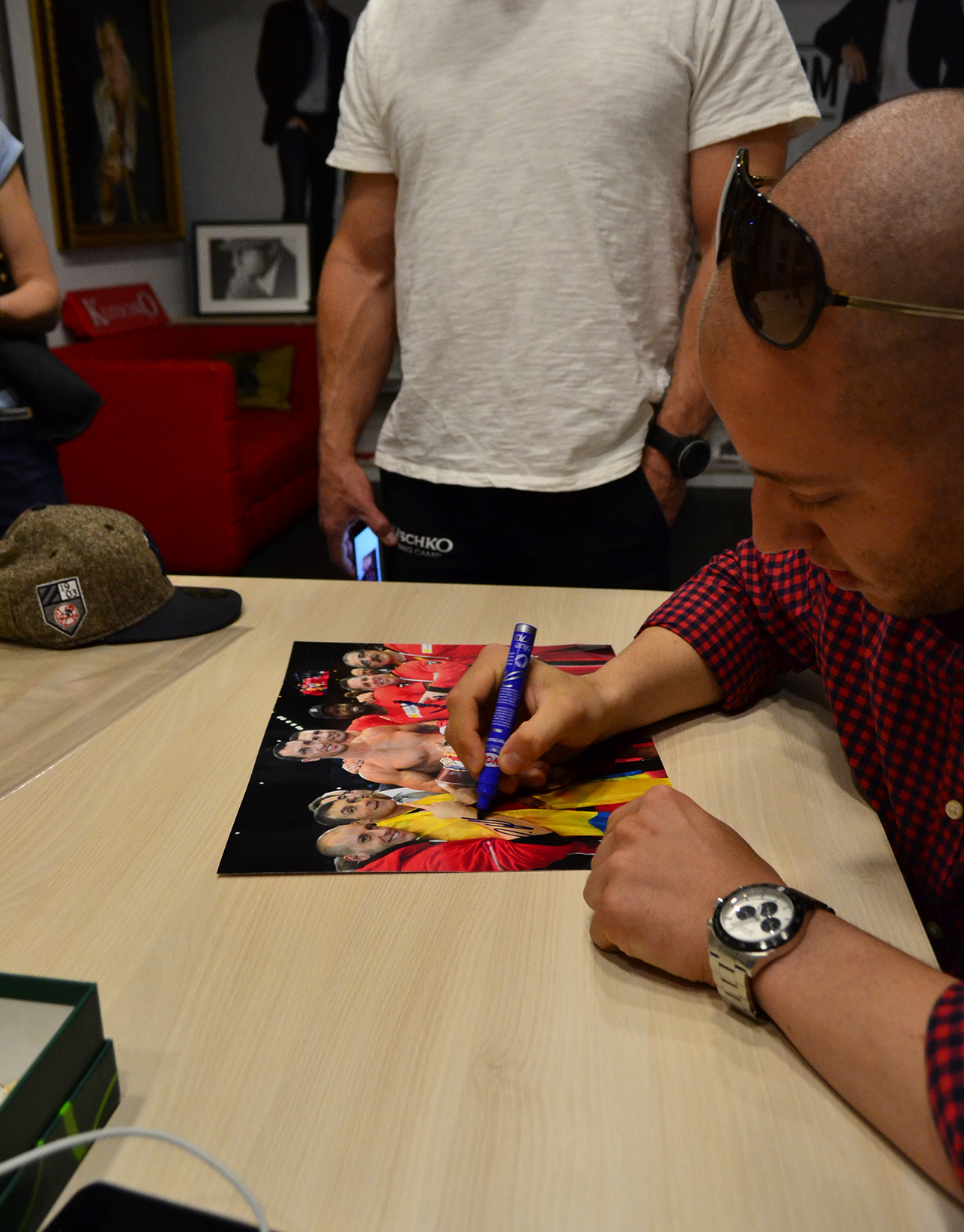 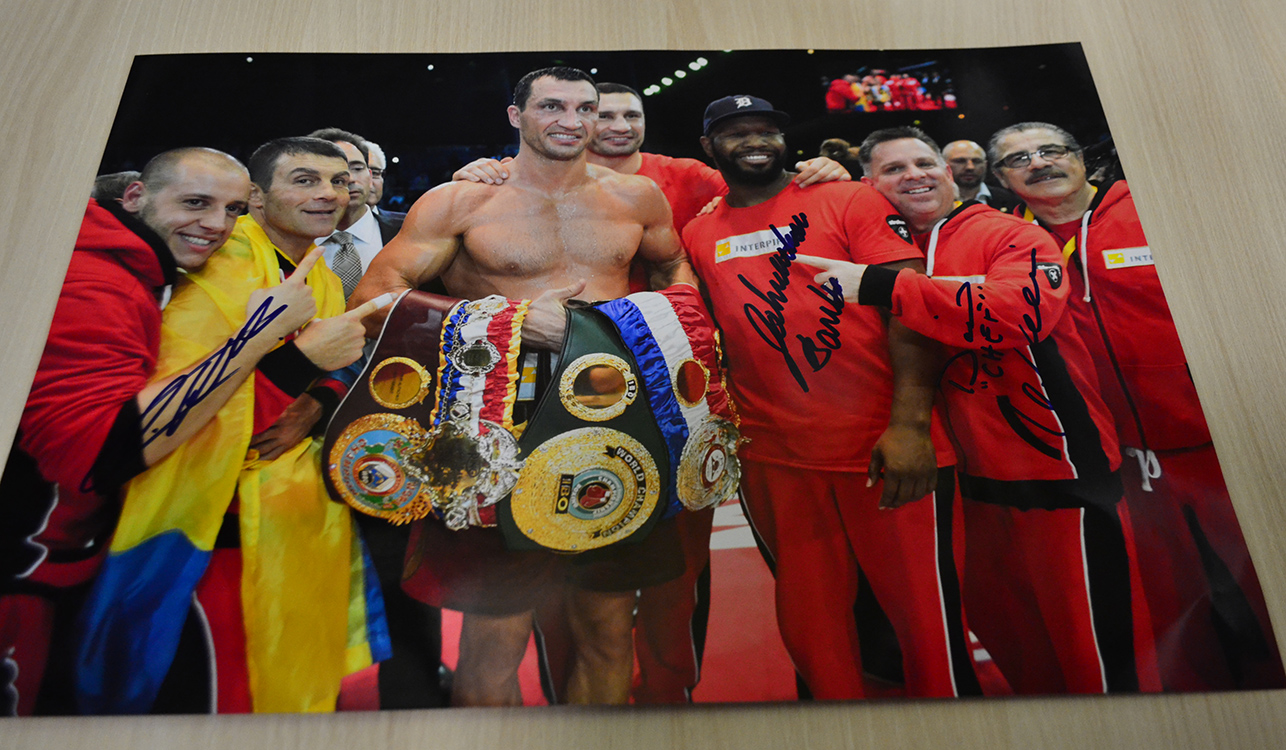