We had a magnificent event at our expo hall, an official signing of donation program.
The Government  of Japan is donating 70 000 euros and joining in to the Klitschkofoundation program designed to rebuild the main boxing training camp in Ukraine – the Olympic reserve training camp in Kiev.
This found rising was designed strictly to modernize the training grounds all around Ukraine, last year in was Berdyansk, this yeas it`s Kiev`s turn!
Wladimir Klitschko come to the signing ceremony straight from his training camp, he apologized for his outfit (training costume), but the Japan ambassador mr. Shigeki Sumi said that it`s ok since it`s a business meeting and boxing is Wladimir`s business, so wearing tie is not needed ;)
Ceremony went in splendid-high spirit, the Klitschkofoundation brought young and perspective Ukrainian sportsmen to meet mr. Sumi and right after that, everyone went into the museum. Mr. Shigeki Sumi told us that he is a big fan of boxing and working with the Klitschkofoundatio is a two times pleasure, because not only they help to Ukraine but they are participating in making a future for world`s boxing! 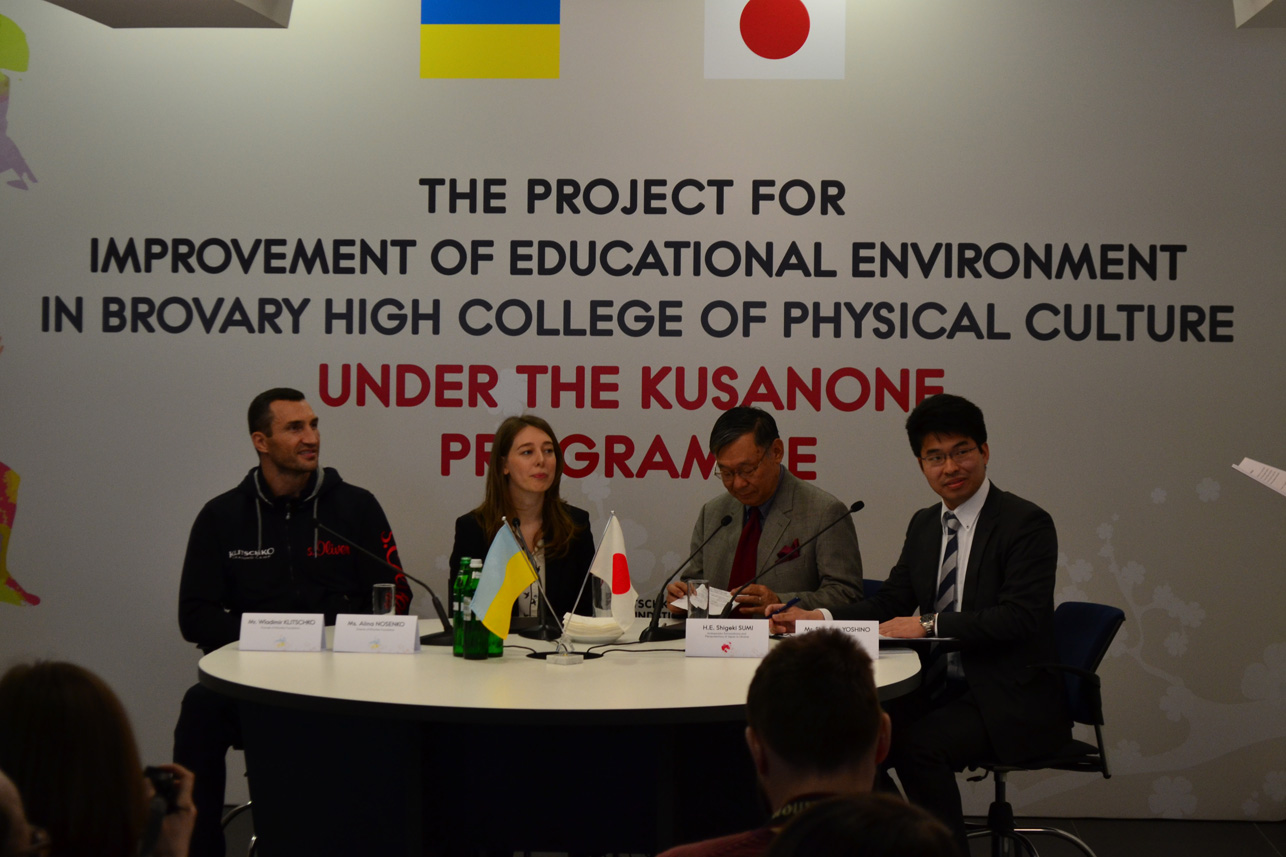 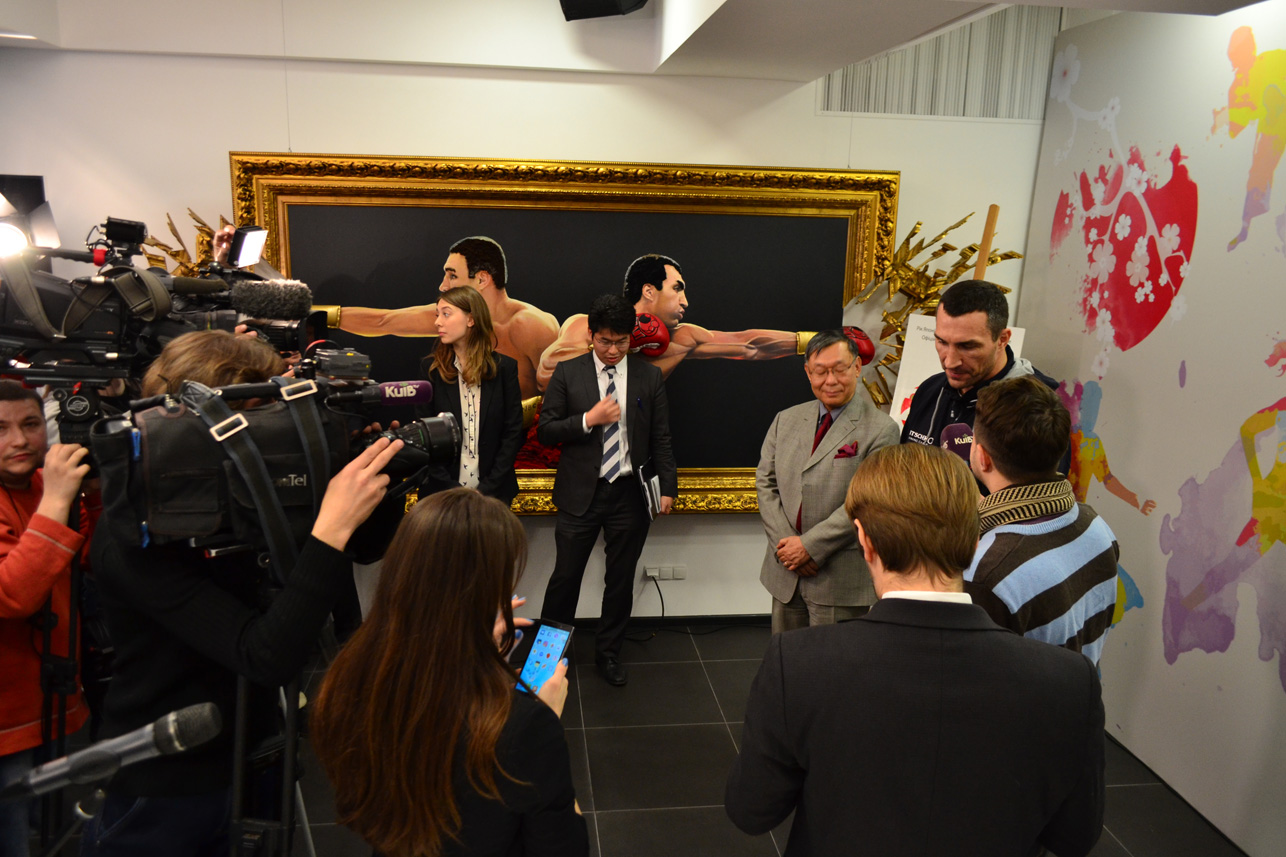 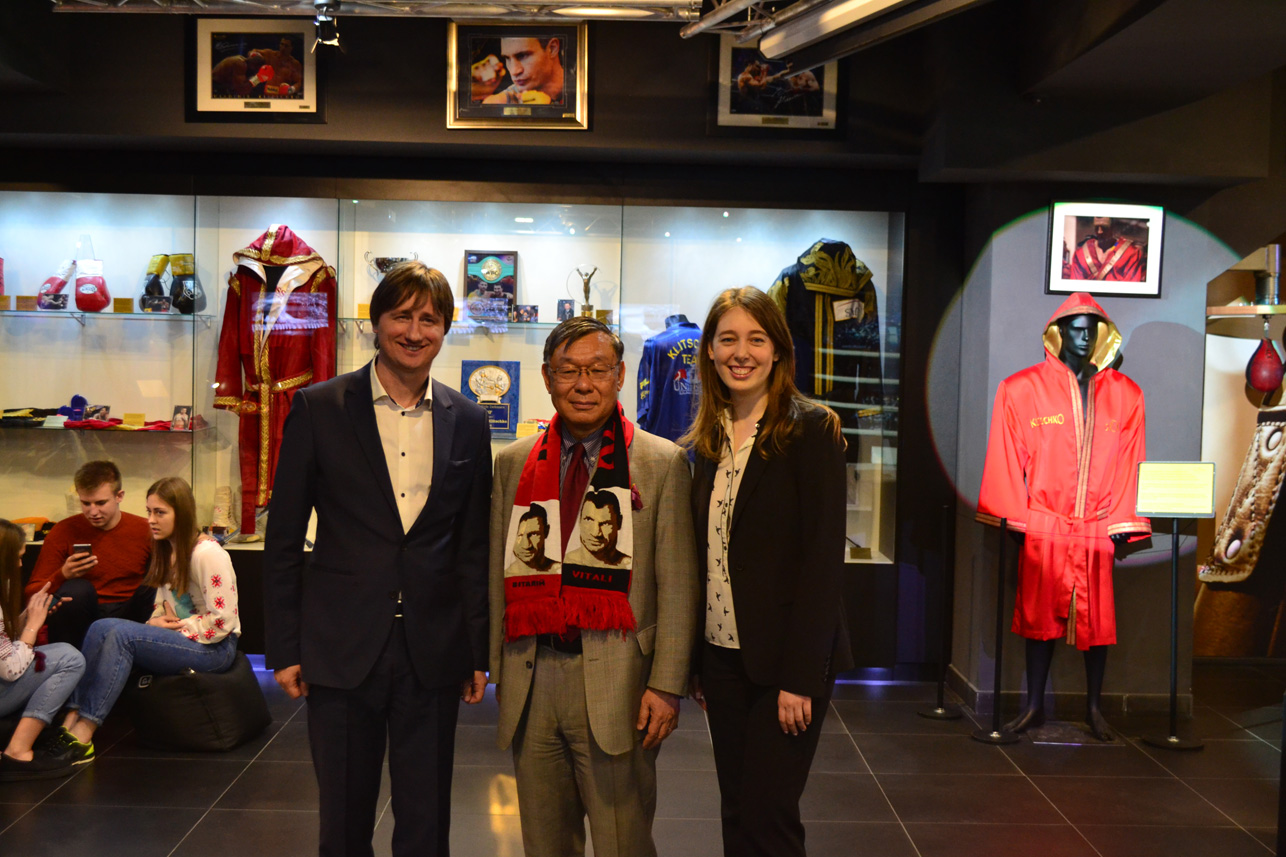 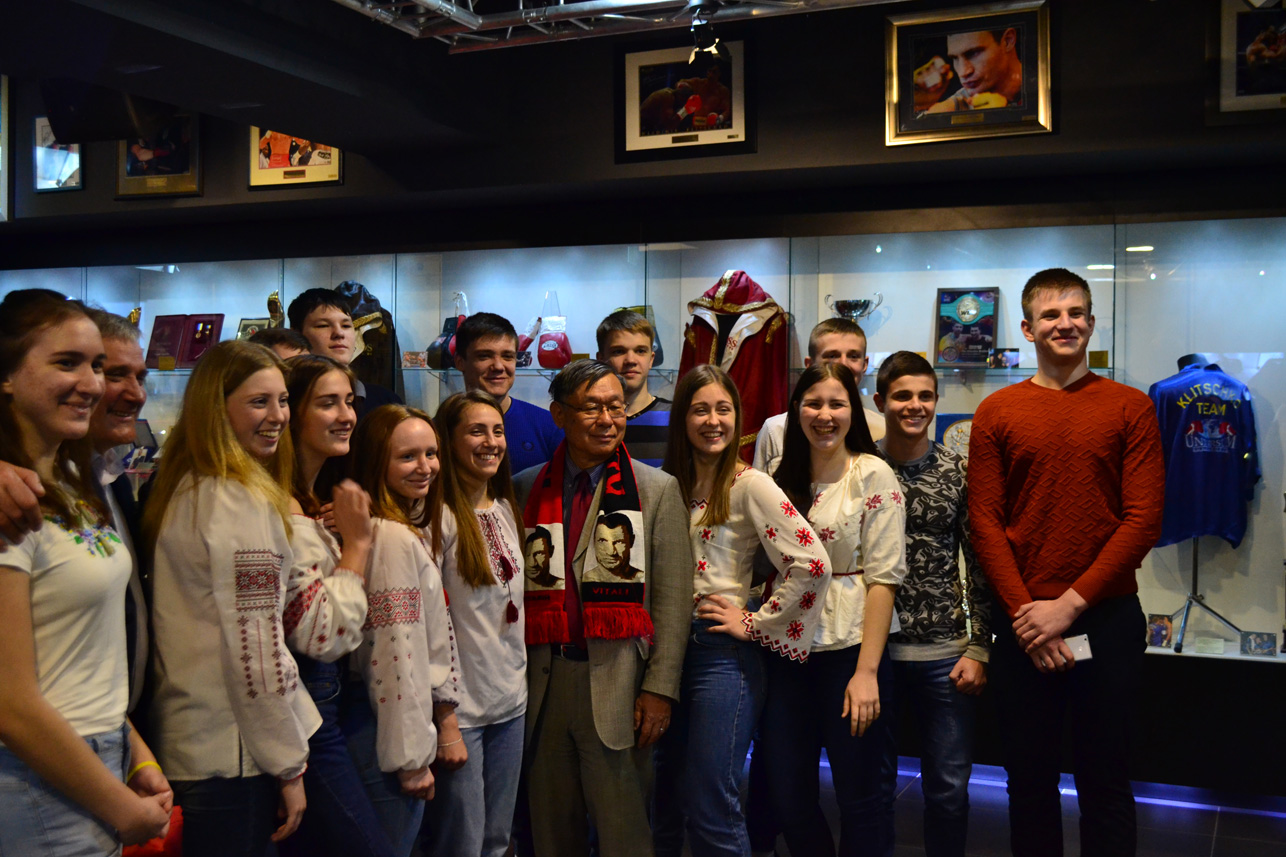