The Klitschkoexpo hall, held a ceremony of signature wishing of the Ukrainian flag, that will travel to London alongside Wladimir onto his upcoming bout.
To leave their good wishes of luck and success, came the stars of Ukrainian sport, cinema and public figures. Sergiy Rebrov, legendary Ukrainian football player and trainer of the Kiev FC *Dynamo*, after the official part he told us the story of him meeting Wladimir for the 1st time, told us about British fans and the attitude to sport in Britain in general. Everyone, whether a boxer or a director, mountain climber or an artist – all as one left their wishes to Wladimir!
After the signing, flag went to a Wladimir`s training camp, from there it will travel to London to do his part in regaining the IBF, IBO, WBA belts! 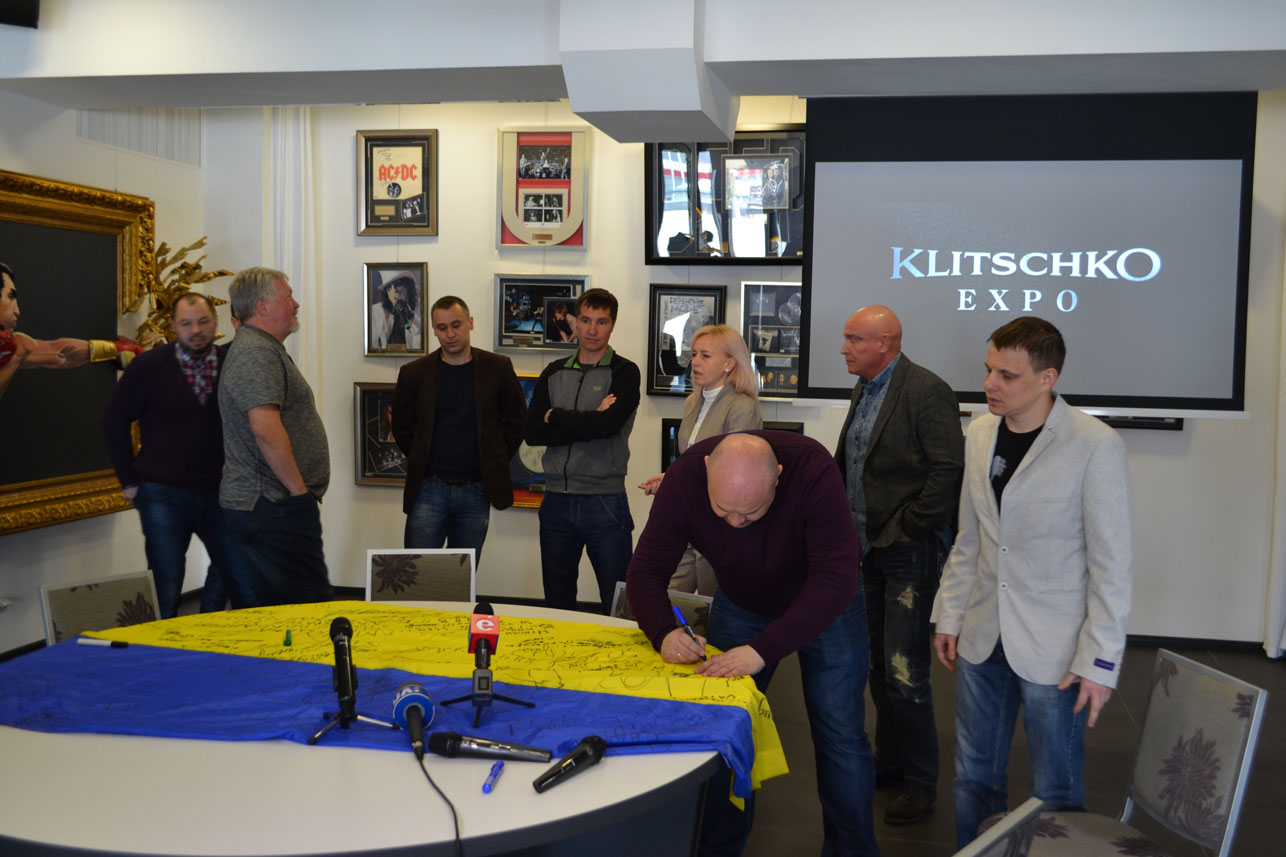 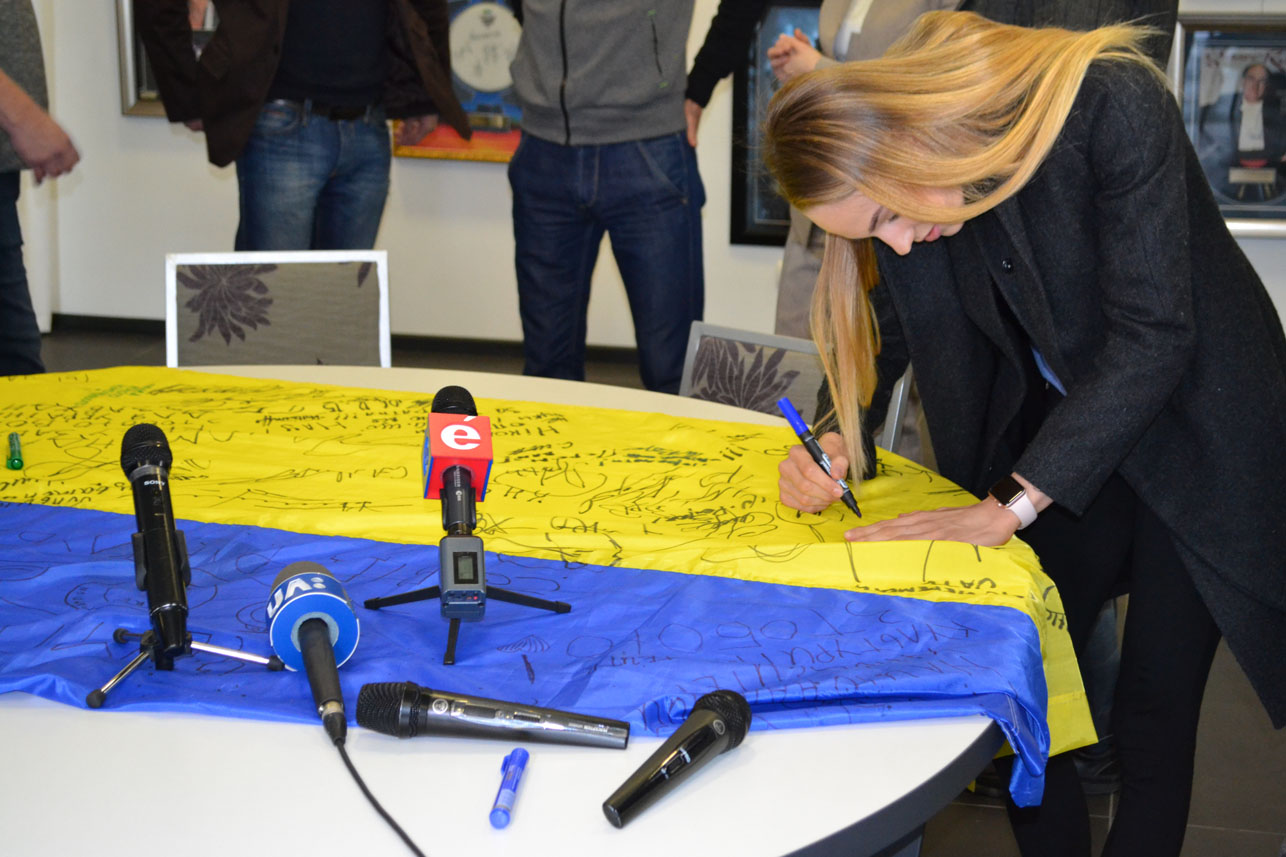 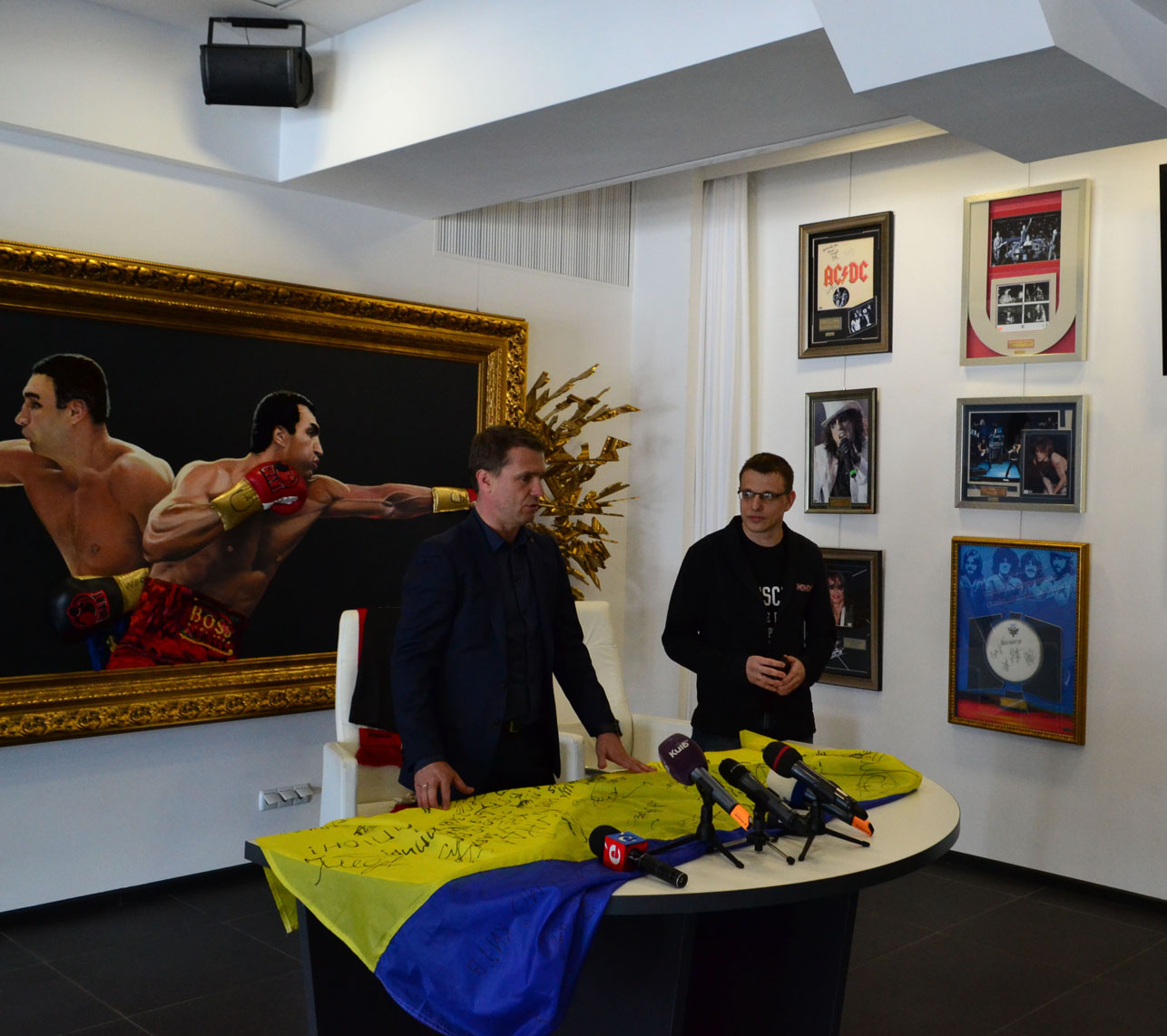